In the past few years, the electronic games market has recovered tremendously. With the intensification of competition between the major manufacturers of gaming devices Sony and Microsoft, with the decline in prices of gaming devices and the improvement of the purchasing power of the majority of players, sales of game consoles are on the increase dramatically. The spread of Battle Royal games and the improvement of digital broadcasting technology have had the greatest impact on directing the eyes of most young people and teenagers to video games. 5 years ago, many people began to lose their senses and switch to smartphones. But today, with the spread of new generation games that require strong hardware, people have returned to their computers and the market for computers and game platforms (Console) has flourished.

Electronic games have always been an industry obsessed with numbers. You always see comparisons of game sales, reports on their popularity, even reports on game console sales and discussions about which ones are the best. Although sales aren’t the only metric that determines how good a game is, it is a good measure of how much an impact some games might have. One of the biggest questions in the industry has always been: What are the best-selling video games of all time?

To answer this question, we set out to compile the most accurate list possible by searching through financial reports, news stories, interviews, and lots of graphs. The result is the next list of the 20 best-selling video games of all time through March 2021. 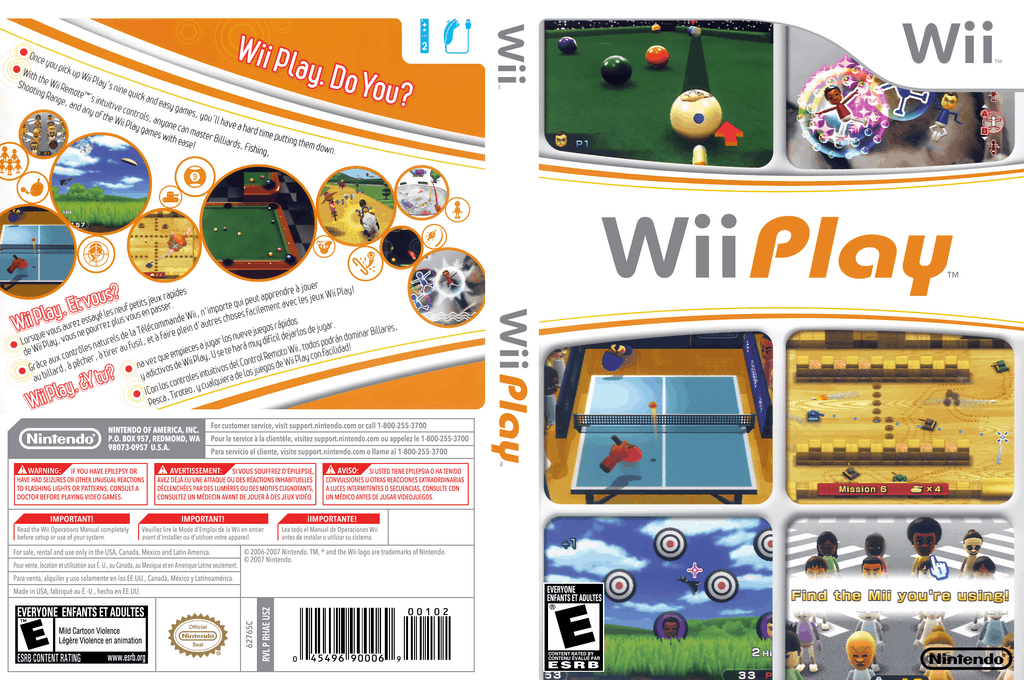 As is usual with Nintendo games, the Wii Play game bundle is hugely successful. The package was sold as a separate disk but was also sold with the Wii Remote, which is likely the reason for its high sales. The package consists of nine mini games such as billiards, fishing and shooting range, the most popular Wii game. 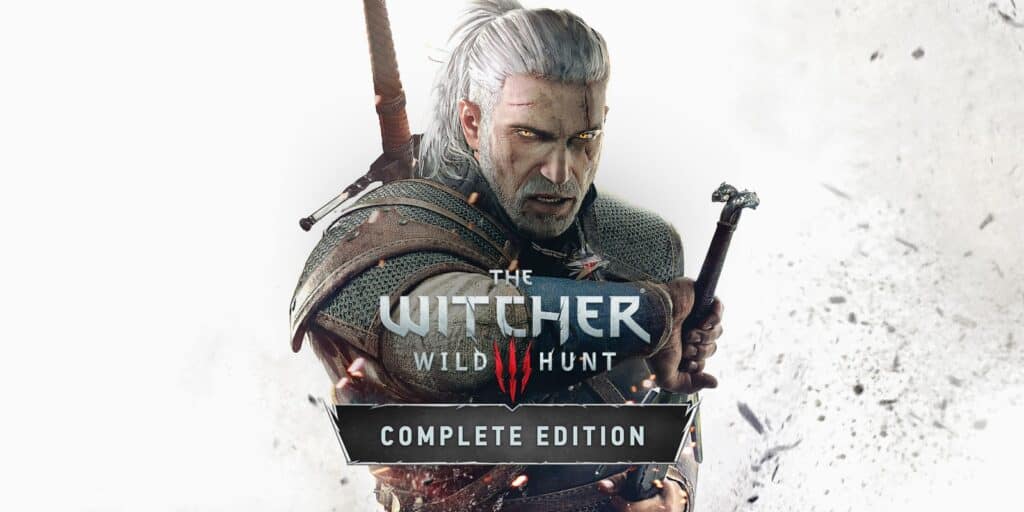 One of the best, if not the best, open world games. The game winning more than 200 awards! It definitely came out of nowhere, right? While its predecessor, The Witcher 2: Assassins of Kings, was normal, we weren’t expecting much from the new release. However, it does surprise us with an amazingly beautiful open-world game, interesting characters and an excellent gameplay story that made it hard to forget.

Even the side missions are also unforgettable, and in some cases even more attractive than the main mission. Arguably, it was a paradigm shift in open world games. This is why it is not surprising that more than 28 million have been sold. It was launched across PC, PS4, Xbox One and most recently Nintendo Switch, reaching large audiences on as many platforms as possible.

Following in the footsteps of its predecessor, the first generation Pokémon games, the second generation was bound to be successful. Made up of Pokémon Gold, Silver and Crystal, these games were launched to an audience hungry for more and sold nearly 30 million units combined from the three versions.

The second generation added quality improvements to the game, along with a large number of new Pokemon characters to capture. 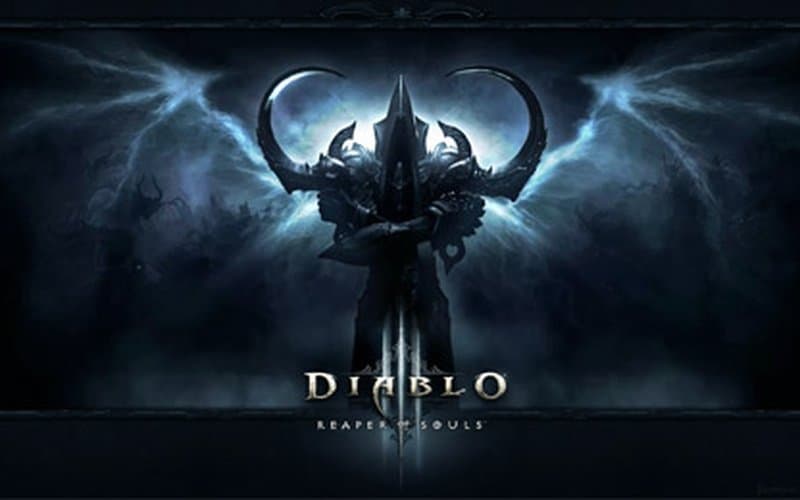 Diablo III sales topped over 30 million in August 2015 setting sales records just three years after its release. After that success Blizzard released the game to the Nintendo Switch as well. Given the speed of sales from 2012 to 2015, Diablo III likely sold a lot of copies after her. However, the latest report is that the game has sold more than 30 million copies. 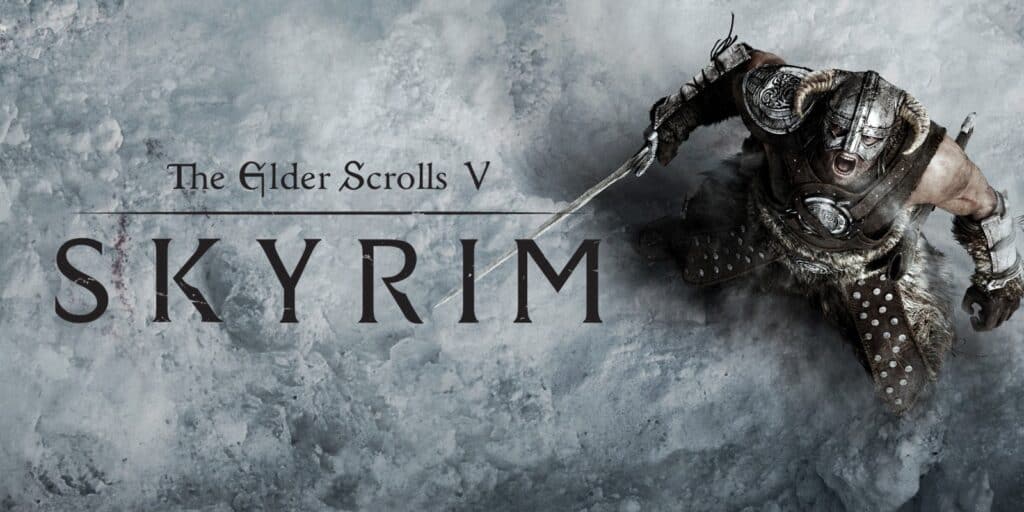 Like Diablo III, it is difficult to say how many copies of Skyrim have been sold especially with the release of countless improved copies. Todd Howard, director of Bethesda Game Studios, reported that the game has sold more than 30 million copies in a 2016 interview. In the same interview, Howard said that an average player spends more than 150 hours on a game. 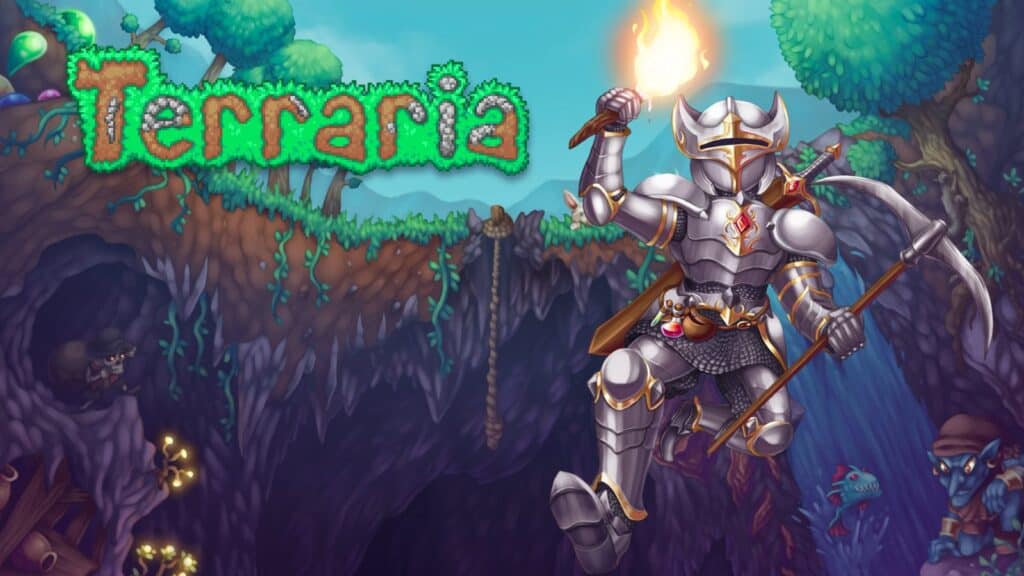 After its release in 2011, the action and adventure game Terraria has garnered massive support that has led to millions of copies being sold worldwide. As of April 2020, it has sold more than 30 million copies making it one of the best-selling games of all time. Most of its sales were attributed to computers, with 14 million copies sold on the platform.

Its developer Re-Logic recently released the final expansion for the game, Journey’s End, and is now planning to start working on something new. Will you be as successful as Terraria? We have to see. 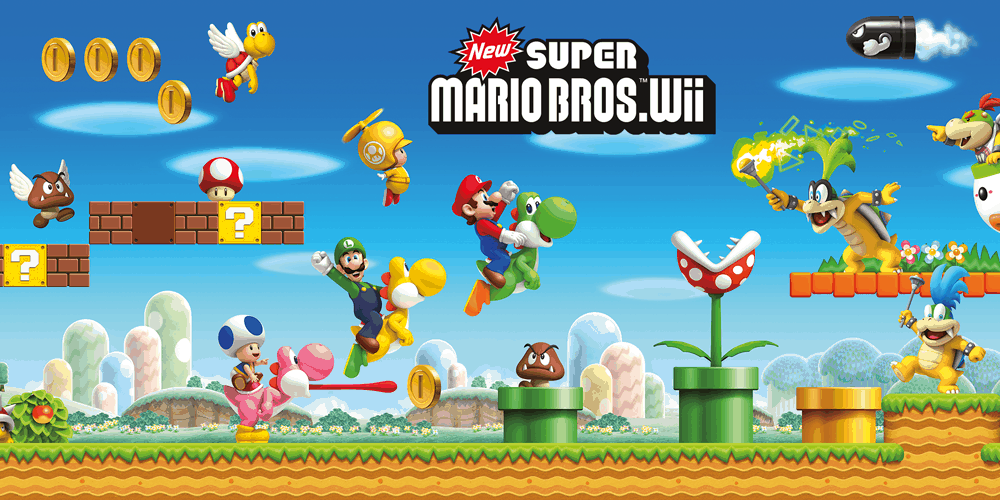 New Super Mario Bros. Wii on Skyrim and Diablo III with a few hundreds of thousands of units sold, the game sold 30.28 million copies from November 11, 2009 to September 30, 2019 according to Nintendo. Super Mario Bros. The new Wii has been replaced by other Nintendo games because it was bundled with the Limited Red Edition Wii console to celebrate Nintendo’s 25th Anniversary. 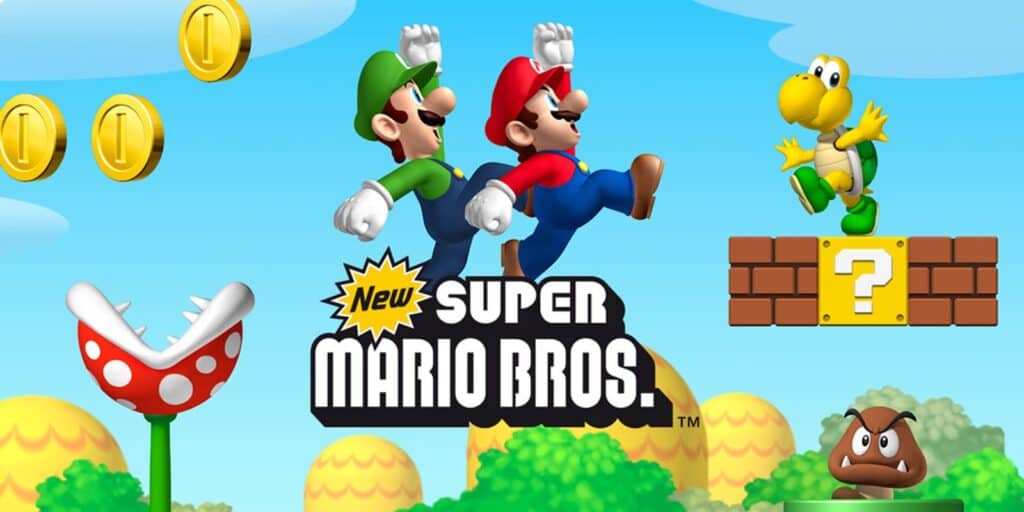 The new 2006 Super Mario Bros game for the Nintendo DS is the second selling DS game of all time with sales of 31 million. It beat all three of the Nintendogs and Mario Kart DS games, each of which sold around 24 million copies. 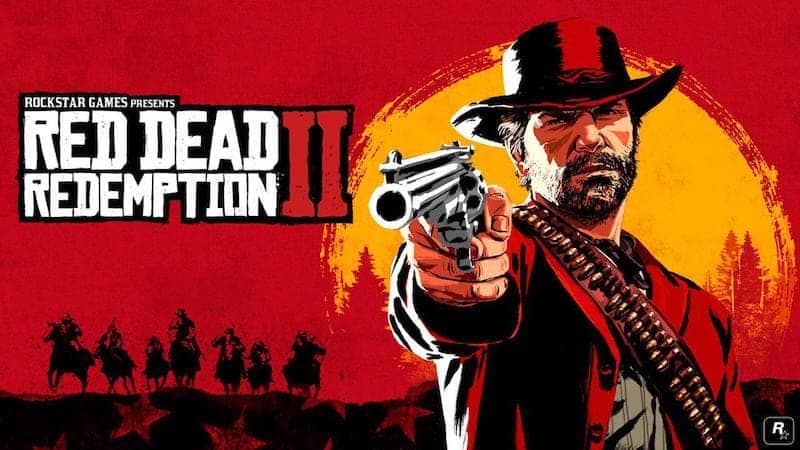 Red Dead Redemption 2 is definitely Rockstar’s most advanced game yet, as it is one of the best open-world games we’ve ever seen. In the game, you will encounter an unforgettable group of characters with an understandable and realistic story. But the real power of it is in the details and there is a lot of it.

From the way the main character – Arthur Morgan – changes based on the story environment to the animation and the way the other characters interact. It’s a great game and you’ll want to spend a lot of time in it. Its sales recently surpassed 32 million copies, which is incredibly impressive. 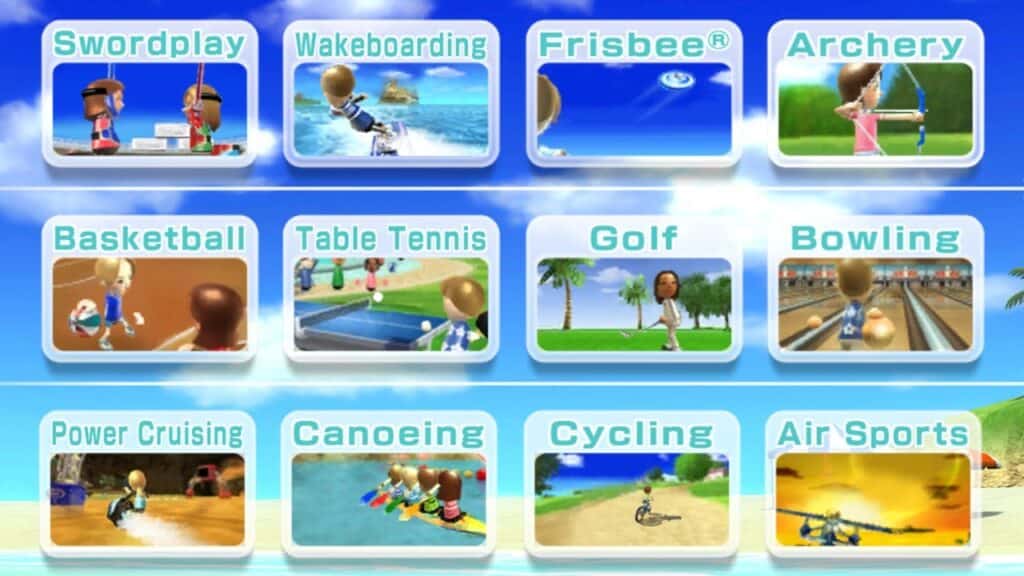 Wii Sports Resort is an extended package of the popular Wii Sports included with every Wii unit. Nintendo updated its Wii console in 2009 after issues with the original design and came with the Wii Sports Resort package. Players who wanted the new Wii MotionPlus console could purchase it with Wii Sports Resort at no additional charge resulting in very high sales. 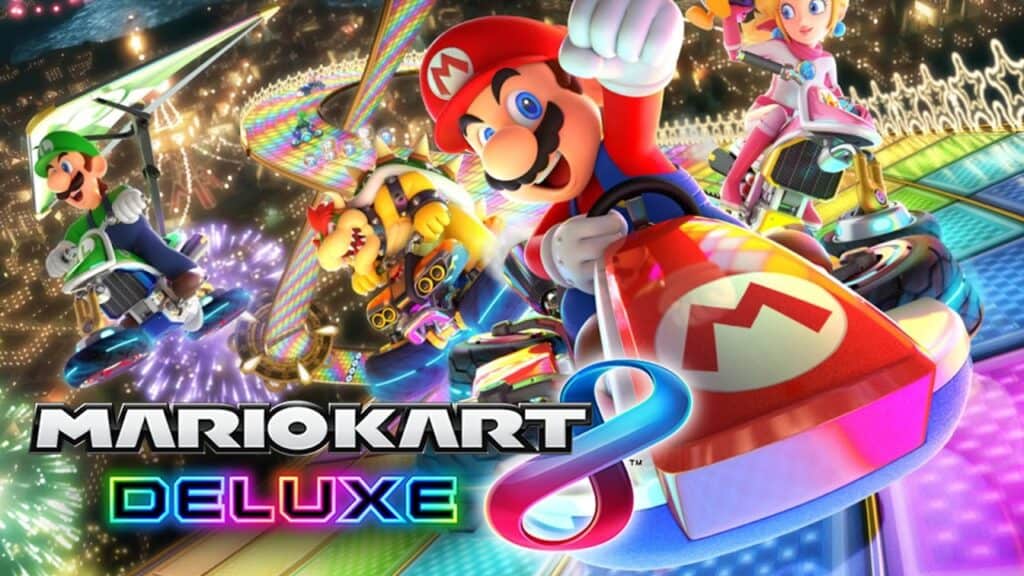 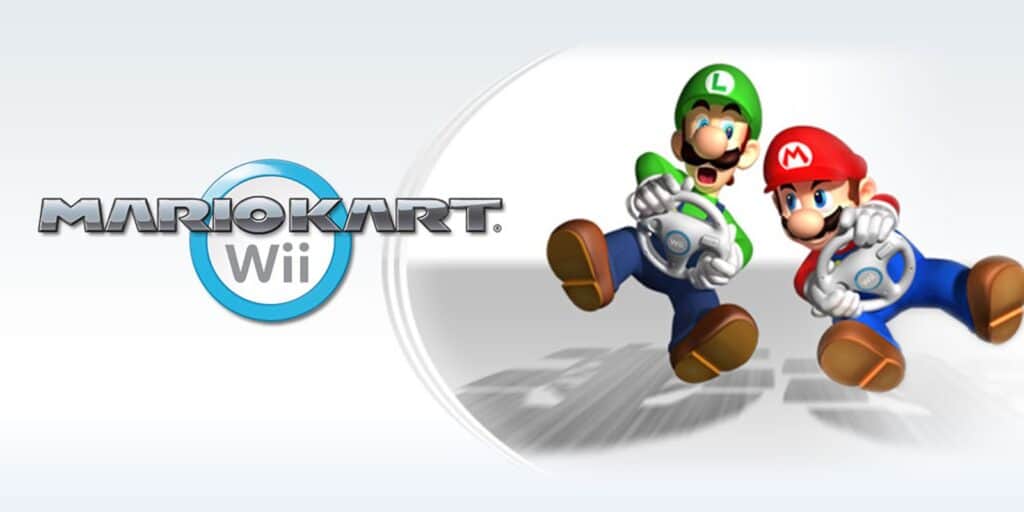 Mario Kart Wii had sold nearly 40 million copies as of September 2019. The base game came with a wheel specially designed to play. Nintendo sold a black Wii version that includes the game, an integrated Wii MotionPlus controller, and a special black wheel for the game.

It’s hard to say how many copies of Mario Kart Wii sold on its own. In addition to the regular Wii bundle and the black Wii bundle, Nintendo has also included the game with an exclusive red Wii mini. 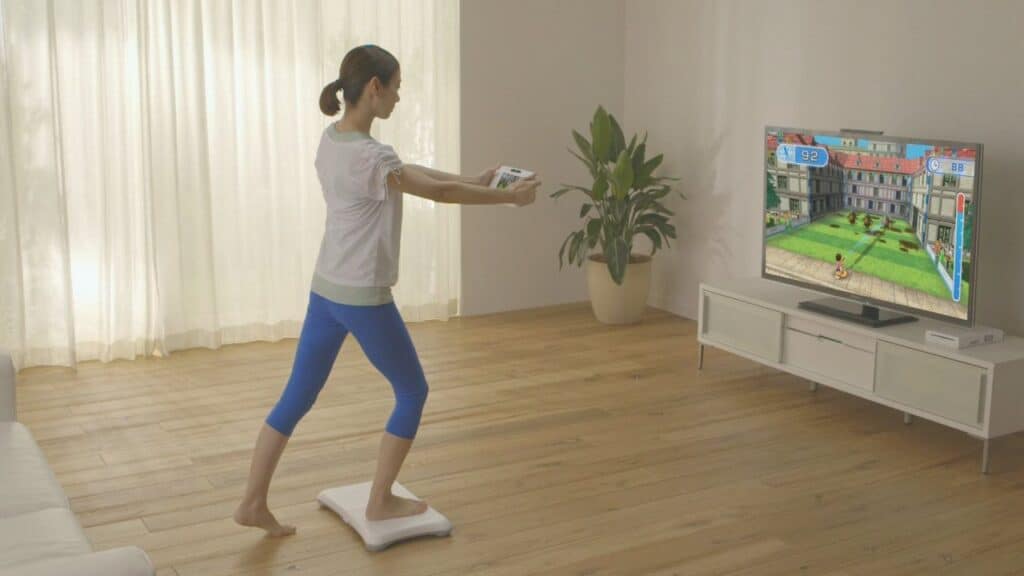 8. Wii Fit and Plus edition

Wii Fit alone surpassed 22 million units sold. The Wii Fit Plus is an improved version of the game with additional workouts followed by more than 21 million sales. Taken together, Wii Fit is the second best-selling game on the Wii. 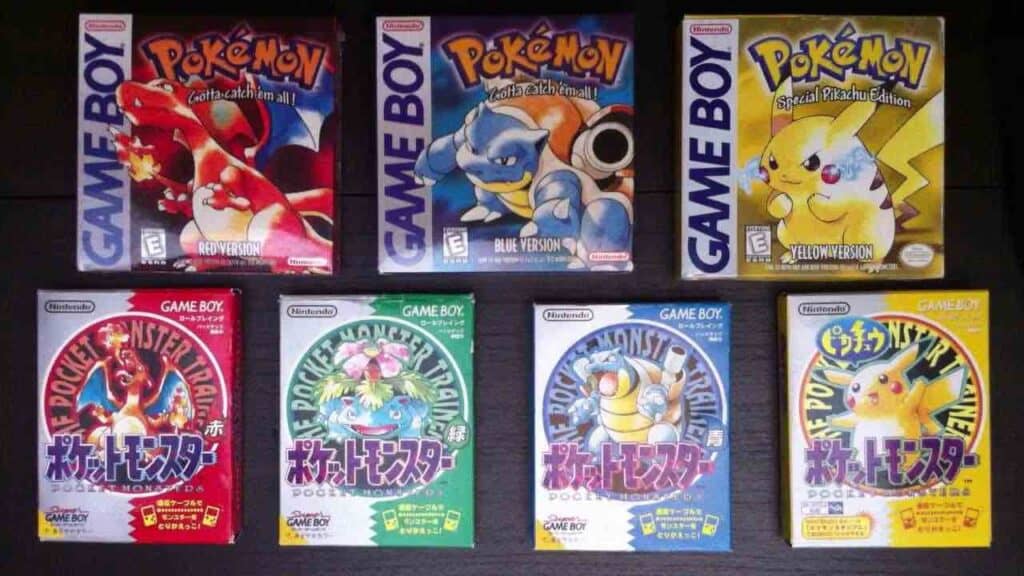 Generation 1 Pokémon games – those red, blue, yellow, and green games – account for more than 20% of Pokémon’s 275 million sales. Counting the original Japanese versions in the form of red and green as well as the American versions of red, blue and yellow, the first generation of Pokemon reached nearly 50 million players.

The majority of those sales came from the release of the Game Boy (roughly 46 million). The remaining 1.5 million were sold through the Nintendo 3DS Virtual Console. 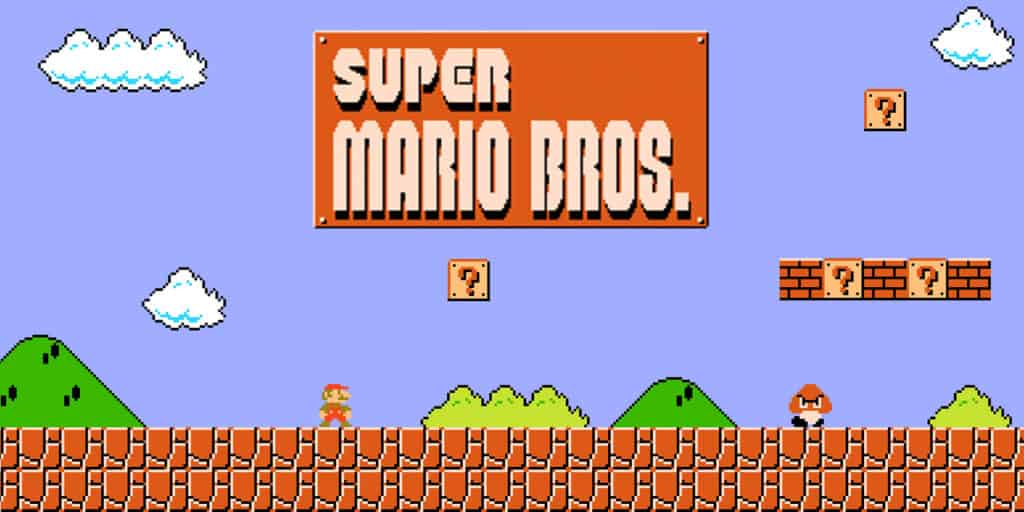 Super Mario Bros. In the early days of the NES platform, it has since been ported to countless other platforms. The game has sold over 40 million copies on NES. The remaining sales of 8 million editions came on Wii Virtual Console, Game Boy Color, and Game Boy Advance.

The game launched alongside several other NES games for the Nintendo Switch Online in 2018, allowing players on Nintendo’s latest console to go on a nostalgic journey. 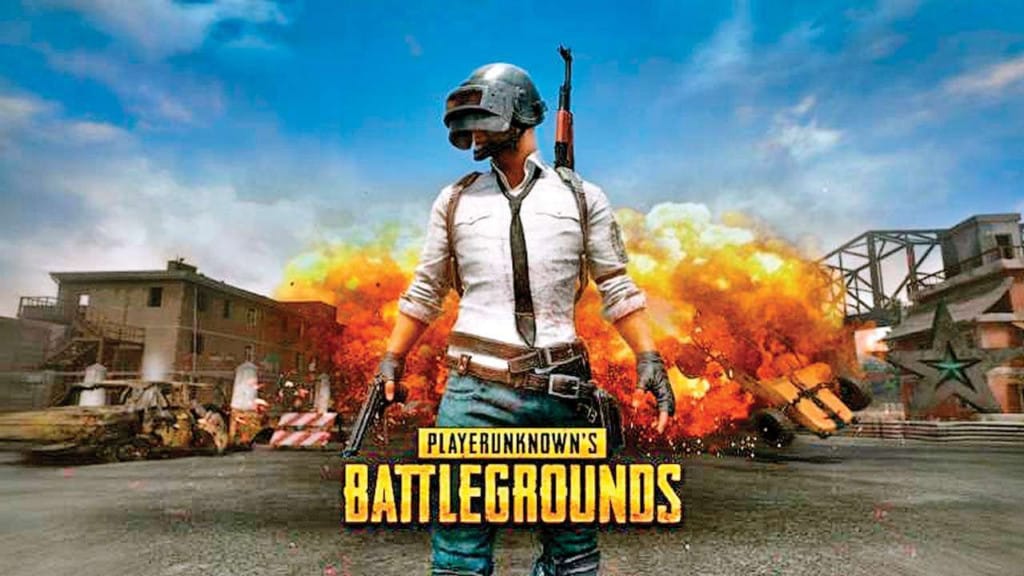 PlayerUnknown’s Battlegrounds, the reason why Battle Royale games are so popular, has garnered more than 70 million sales through 2020. That number only represents PC and Xbox One sales. The game was later released on PS4 so the number is likely to be higher.

As for the number of players, PUBG’s numbers are well above 70 million. In the same sales announcement, Krafton said the game’s base has more than 400 million players. There are around 350 million of these players on mobile devices, and PUBG is available for free. 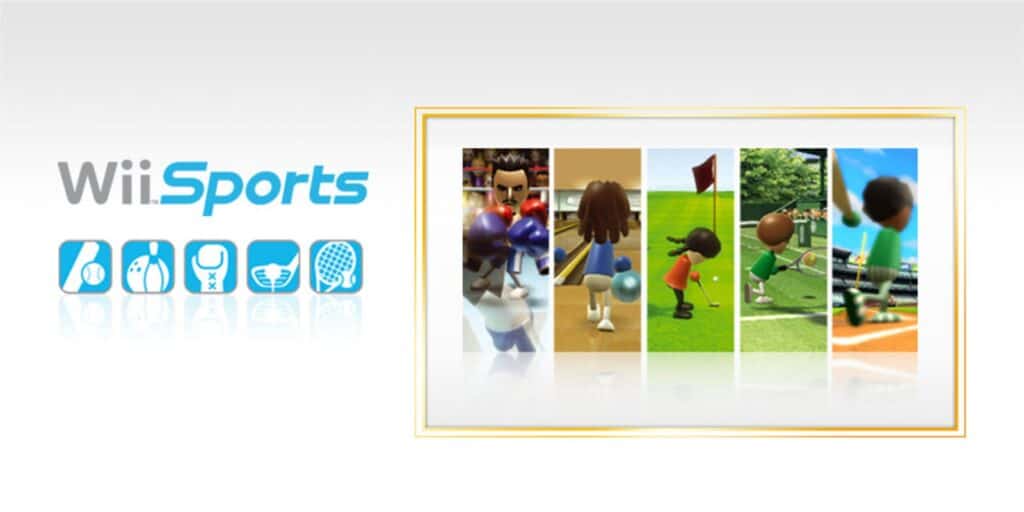 The Wii Sports bundle came with every Wii console, as it was sold with many Wii units even if the gamer didn’t want a copy of them. 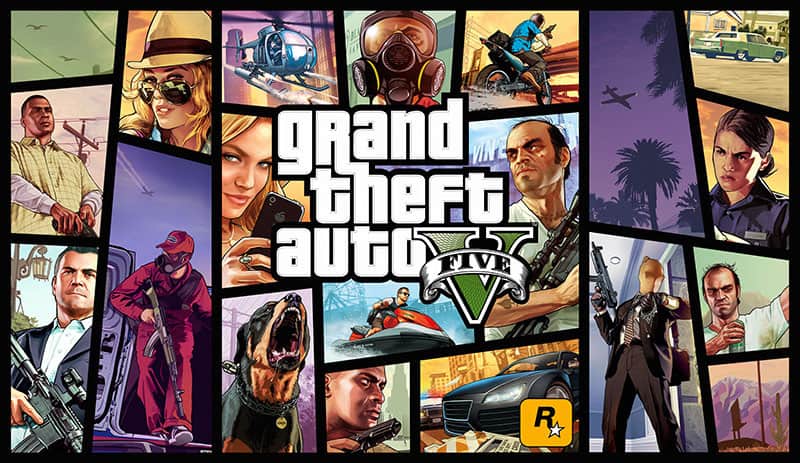 According to Take-Two’s earnings report in the first quarter of 2020, Grand Theft Auto V has sold more than 135 million copies worldwide, of which 15 million were sold in 2020 alone. The main reason she got this success is thanks to Grand Theft Auto Online (real life). The game is one of the most popular games in the Grand Theft Auto series and features great graphics, realism and great realistic gameplay. It can be ranked among the best open world games. 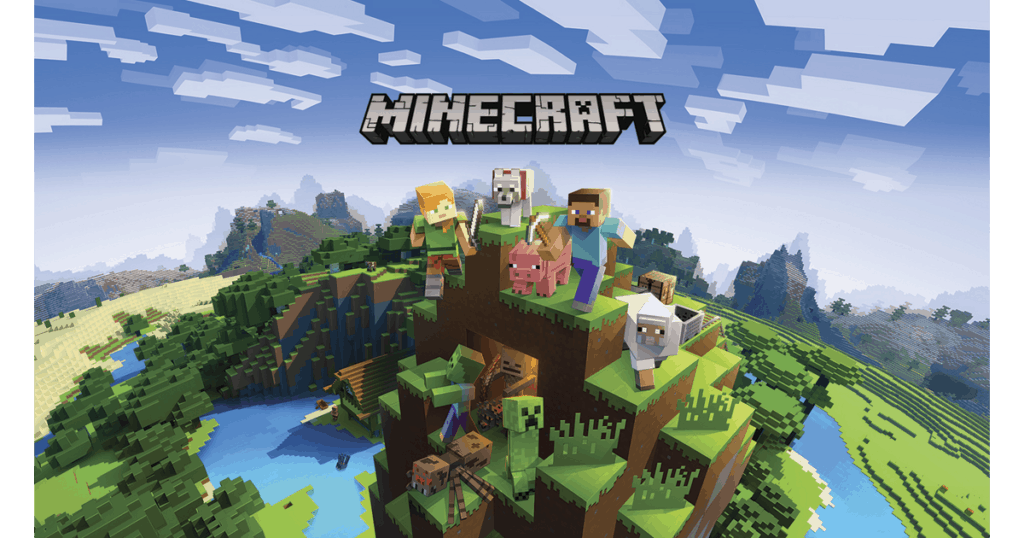 Minecraft sales are actually not that clear. The only thing for sure is that the number is high. Between sales of game consoles, mobile phones, and computers, the game has reached more than 200 million people. By including the free mobile version, Minecraft has a player base of nearly 500 million players.

When Minecraft first came out in May 2009, it was free and players could download it without paying. Xbox subscribers can still download Minecraft for free with a subscription to Xbox Game Pass. It’s worth doing since Minecraft is one of the best games on Xbox Game Pass. 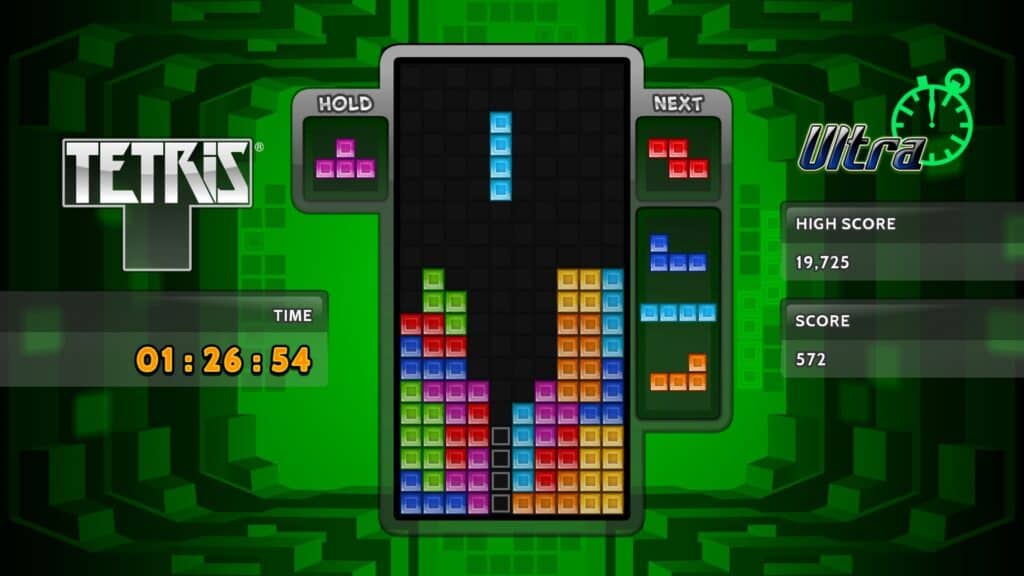 Tracking Tetris sales accurately is not easy. The game, in its physical release (mobile device), has sold nearly 70 million copies (35 million of which are Game Boy). But if you include revenue from sales of paid mobile apps, Tetris is the clear 1st prize winner.

A 2014 interview with VentureBeat reported that Tetris’ paid mobile phone sales are over 425 million paid downloads. Bear in mind that Tetris is also available in free versions, but these downloads add up to the 425 million paid ones. It is also worth noting that the number dates back to seven years ago. No matter what metric you use, Tetris is the best selling game in history.

Sales can be summarized with a graph showing the sales of each game and the difference between them.

Note!  To improve the speed and experience of browsing the article on phones, charts may appear in the form of tables for some mobile surfers. For a better reading experience, use the computer version of the site.