TikTok introduces a new set of tools to help make its community a more pleasant place. Not only is the creator’s role now limited to filtering inappropriate comments, but TikTok will also provide warning notifications to any user trying to post rude comments.

Tik Tok is trying to get kinder

In a post on TikTok Newsroom, the platform said, “Its goal is to foster a positive environment where people support and raise each other.” The platform hopes its new tools will help “foster kindness” in the TikTok community.

The first feature, Filter All Comments , allows users to toggle the global comment filter on and off. If the content creator does not want comments with specific keywords appearing on their videos, they can also switch to the keyword filtering option . Finally, content creators can use the spam and offensive comment filtering setting , which acts as a blocking of rude or spam comments. 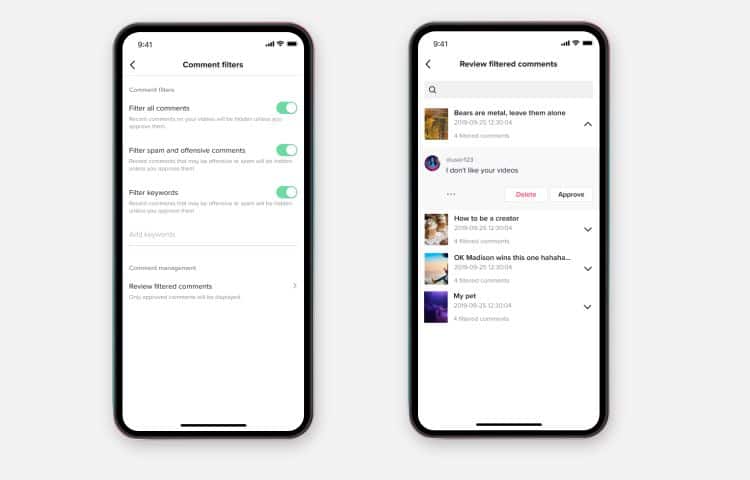 Any comment that the filter detects is not deleted immediately – it is instead moved to a basket of rejected comments, organized by video. Creators can head to the Filter Comments Review page, and then decide if they want to approve any filtered comments.

To filter negative comments, TikTok publishes a popup that appears when someone tries to post an offensive comment. The notice will read: “Do you wish to reconsider posting this? This comment contains words that may violate our Community Guidelines.” 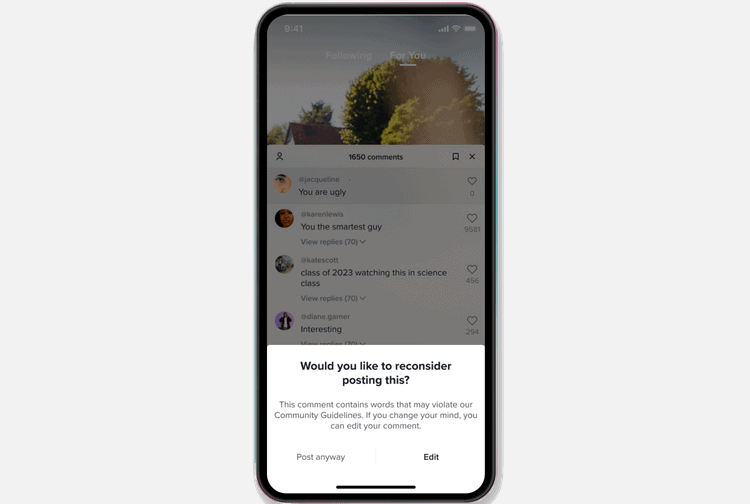 Dr Samir Hinduja, co-director of the CRC, praised the new TikTok tools, stating that “TikTok’s filtering all new comments feature and the Rethink feature are positive steps to enhance kindness and we are keen to collaborate on other ways to protect against bullying. And harassment.”

Can TikTok Fight Other Problems?

TikTok may work against bullying, but it does not solve its problems with the European Union Child Safety Act. The platform was recently criticized by the European Consumer Organization for violating consumer rights in the European Union, which TikTok responded by forming a European Safety Advisory Board to help with stewardship of content.