When you buy a smartphone and while reading the specifications of the phone, you often do not pay attention to the type of phone screen. Screen types abbreviations can be a bit confusing and most people don’t usually take them into consideration due to their ignorance. Don’t worry now we will give you everything you need to know about the main types of screens which are LCD, OLED and AMOLED.

Previously, there were only two main types in the smartphone industry, LCD and LED. But with the advancement in technology, many other types such as OLED, AMOLED, sAMOLED, and Retina have appeared. LCD screens are used in most mid-range phones from Xiaomi, Realme and other Chinese manufacturers and OLED in their top-end devices. Samsung uses AMOLED and sAMOLED displays, while Apple uses Retina displays. Let us discuss each of these types one by one. 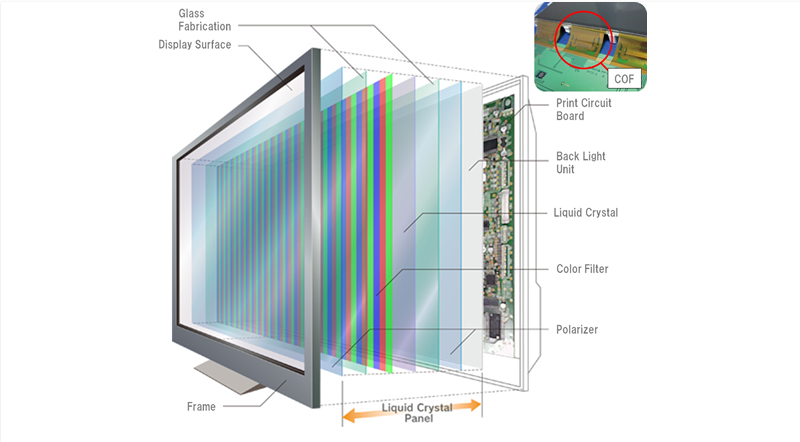 LCD (abbreviation for Liquid Crystal Display). The oldest type of screen, it relied on backlighting as the only light source to illuminate the pixels. Also, LCD screens are brighter than most other types of screens, which makes them suitable for use in smartphones in bright sunlight. However, these screens suffer from less accurate colors. Smartphones use two main types of LCD screens:

OLED (Organic Light-Emitting Diode). The presence of this type is the main reason for the emergence of curved displays and foldable smartphones. Unlike LCD screens, which use backlighting, OLED screens do not require this because they contain a layer of organic matter that emits light when exposed to an electric current. OLED displays display more saturated and vibrant colors. Because of the luminance per pixel, OLED displays provide darker levels of black. Because the pixels that don’t get caught are in a sleep state, OLED screens usually use less power and give better battery life. These screens are of two main types: 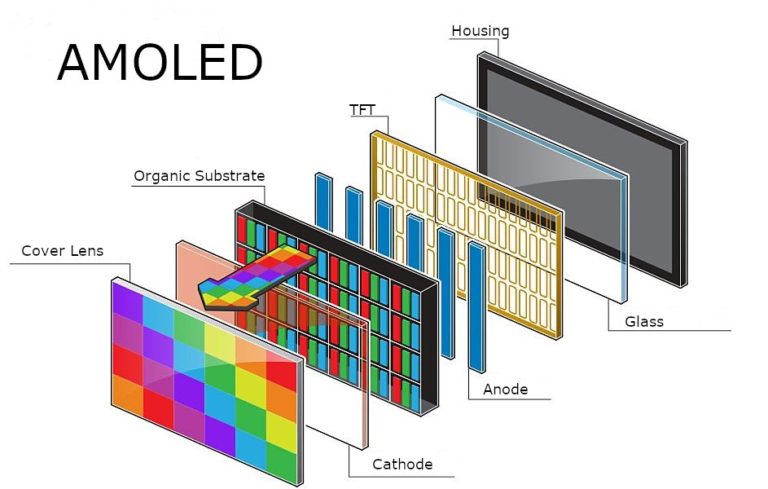 AMOLED (Active Matrix Organic Light-Emitting Diode). Improved OLED screens. The most important component of these displays is the TFT element that controls the flow in each pixel. With two TFTs per pixel, one to start and one to stop charging the storage capacitors this allows each LED to operate individually and generate light for itself. Due to its great flexibility it can be used in foldable phones.

You may have seen the term sAMOLED or Super AMOLED. These monitors were invented by Samsung and are available in their high-end models. This type provides a variety of colors with greater clarity. Super AMOLED displays can handle sunlight better than other AMOLED displays, while consuming less power.

Each of the above types of screens has its own advantages and disadvantages. In general, AMOLED is superior to LCD screens. Our primary comparison criteria are higher refresh rates, better color representation, and battery consumption. As for OLED versus AMOLED, we already mentioned that AMOLED is an improved version of OLED as it offers better image quality to battery consumption. Due to their low usability under sunlight, Super AMOLED screens are the best choices.

In the end, it all boils down to your needs and budget. If you’re on a tight budget, an LCD monitor isn’t a bad deal. But if your budget is good, you should definitely opt for the newer AMOLED screen especially for TVs.