The newly spreading Bee Network promotes itself as a “profitable financial investment for the future.” Users invest time by running the app (Athol Network is a digital currency mining operation) in exchange for future financial rewards. The Arab Internet community recently promoted the new network with the “new Chinese digital currency” and everyone predicted a great future and huge profits from it, citing the beginnings of Bitcoin and its current status. Okay let’s put the new Bee coin under the microscope.

Table of contents Show
1. where is the problem?
2. How did the Bee app spread?
3. What is the difference between Bee and Facebook and Google?
4. What are the typical arguments of a Bee fan?
5. what is next?
6. What should you do?

In short, if the data on your phone, including your contacts and your location, is not important to you, and if you don’t mind the possibility of your mobile phone being infected with malware, then you can consider installing the Bee app. what is the opposite? The possibility that the Bee network, which does not provide any data on its team, will build a valuable cryptocurrency blockchain and allow you to trade it.

where is the problem?

More than a million users have installed a new application that collects their personal data. They install the application and agree to the permissions that the application requests from the device without reading it.

Suppose, for the sake of argument, that the Bee team has already built a blockchain for a cryptocurrency and you begin to “mine” that token in hopes of benefiting financially in the future. Why all these powers for a mining application! Wasn’t it originally assumed that the main feature of cryptocurrencies was complete secrecy?

Let’s take a small look at what powers the app has on your phone. You can see this list on the app page in Google play.

Is that only? At the present time, yes, who knows in which update other powers are added, such as reading notifications or the camera, for example?

Some would argue that users can modify the app’s permission settings and use it without any permissions. But doesn’t that bring us back to the point that it is an app created by an anonymous team that tries to collect important information on Android device users and is unlikely to have any value for users. 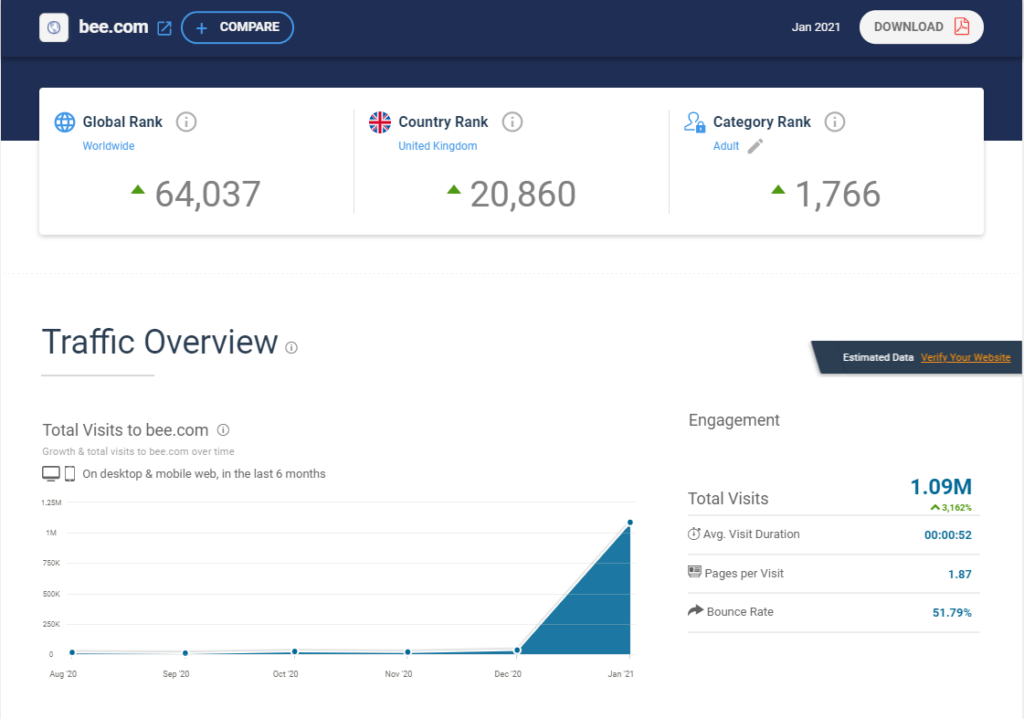 How did the Bee app spread?

The Bee app has a referral marketing model and provides higher cryptocurrencies to early adopters who create a larger network of people they’ve been invited through in the form of user incentives. Indeed, it seems that people are so desperate to make money without effort that they do not care about their privacy as they are already freely giving their data to other companies like Facebook.

As a new network that offers free currency that can be monetized one day, the idea seems somewhat tempting to most people. With the growth of the digital currency market and the rise in the price of Bitcoin, many people have the knowledge and willingness to invest. Therefore, the network is achieving very frightening growth in all Arab countries, especially the Kingdom of Saudi Arabia and the Arab Republic of Egypt.

What is the difference between Bee and Facebook and Google?

Of course, you should be concerned about the privacy of your data so that Facebook collects information about you in the same way. Google and Facebook are legal entities that are bound by laws and user feedback. However, Bee Network is an app that does not even provide an address or name for a legal entity or person in its terms or privacy policy. In past years, Facebook represented by its CEO has already been sued after the scandal of selling user data. Several user campaigns against company policies have proven effective. But if Bee Network sold your data, who would you sue?

Just because you pay taxes to your government, doesn’t mean that you also have to pay taxes when someone demands it. A profitable data trade has been used to change the opinions of voters in the largest country in the world, so why do you think that it is difficult to use your data to provide targeted marketing offers and fraud that may cost you your time or money?

Even if you are very excited to gain more virtual currencies, make sure that the app does not have any permissions on your phone. Many users claim that they are able to use the app without sharing their data. If you can, too, well, don’t worry. The only thing you risk is your time, which we don’t recommend wasting on a virtual currency launched by an unknown team but your time is your choice of course.

What are the typical arguments of a Bee fan?

White paper. Well, the white paper is just a few paragraphs from the high-level description of the project. We know Bitcoin has also had its critics. But Bitcoin was an innovative open source project. Bee is a clone that has nothing to show off its technology or benefits. Just because some people were wrong about Bitcoin does not mean that every cryptocurrency will be successful. There have been hundreds of cryptocurrency scams including One Coin.

What if we launched a joke big e-currency just like Doge with the same concept of Pi Networks and Bee Network:

What should you do?

Just stop chasing promises of free money and do something more productive with your life. I will not bother installing the app. In my opinion, you are just wasting time by trying the app. However, if you might want to risk your data and already own the app, you can wait to see if the founders have actually created a cryptocurrency that will generate money for you. Finally, share your opinion with us in the comments.