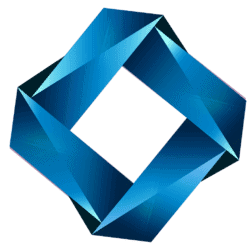 Intel Corporation introduced a total of 17 10th generation desktop processors. These processors distinguished themselves from their predecessors in the ninth generation, with an increase in performance and an improvement in energy consumption. The change was not significant and not sufficient for Intel to return to compete with AMD. Although there are a few unique models, there are two distinct models, the Core i9-10900 and Core i9-10900K, and the similar ones that come without an integrated graphics card are the Core i9-10900F and Core i9-10900KF.

The 10th Gen Core i3 processors are really interesting. All models feature 4 Cores and 8 Threads thanks to Hyper-Threading support. The base i3-10100 operates at a base frequency of 3.6 GHz with a boost speed of 4.3 GHz and a 6MB L3 cache. Then there is the Core i3-10300 which comes in at a higher frequency of 100MHz as well as a larger 8MB L3 cache. Finally, the most powerful Core i3 model currently available is the 10320, which runs at higher speeds of 3.8GHz and speeds up 4.6GHz boost.

The difference between 10400, 10500 and 10600 is 200-300MHz, and since they are unbreakable you won’t be able to lift them any further. While you can overclock and overclock the K model as long as you use the Z series overclockable motherboard.

As for the Core i7 series it is a bit simpler, and there are only two models having 8 Cores and 16 Threads. The Core i7-10700 is the unbreakable processor, running at 2.9GHz with a boost frequency of 4.8GHz, while the 10700K is breakable and running at 3.8GHz as the base frequency and 5.1GHz boosting frequency. The unbreakable model consumes 65 watts, and the breakable model consumes 125 watts. Both feature 16MB L3 cache.

Unfortunately, you will face many problems in purchasing the tenth generation processors, either they are out of stock or the demand for them is very high. Intel still suffers from a shortage of 14nm processors. So getting a Core i9-10900K now is a bit tricky.

The popular techspot computer hardware reviews have reviewed the performance of the i9-10900k, i7-10700k, 15-10600k, 15-10400, and i3-10100. Using an Asus ROG Maximus XII Extreme motherboard, 4GB RAM, G.Skill FlareX CL14 with a total of 32GB, and an RTX 2080 Ti graphics processor to reduce potential graphics processing bottlenecks, allowing for a better look at the actual CPU performance .

Starting with the Cinebench R20 with a multi-core test (higher is better) you will find that 10400 is 50% faster than 10100, which makes sense given that the i5 processor has 50% more cores and at nearly similar speeds. Then we see a 13% jump from 10400 to 10600 and that difference is due to the higher frequency, and of course, for K-processors that are breakable, those ratios can be increased even further with overclocking and overclocking.

As for the 7-Zip file compression manager test (higher is better), the results were as follows for the multi-core test and the single core test respectively:

As for testing render work (less is better), avoid Core i3 series when possible. For example, spending more on a Core i5-10400 will increase performance by about 50%. This makes buying the 10400 a lot better if you are planning to do some render work.

For PCs for gaming or general computing needs, the Core i3-10100 works well. The Core i5-10400 though is a much better investment. The Core i3-10300 and 10320 may perform slightly better thanks to the larger L3 cache capacity and slightly higher clock frequencies, but given that both are more expensive it makes sense that it is better to buy a Core i5. If you can find it and want to use a discrete graphics card, the Core i5-10400F is the best option.

The final specifications for the upcoming DDR5 memory: capacities up to 128GB and data transfer rate of up to 6.4Gbps!

Everything you need to know about AMD processors, the complete guide to the company’s best value processors!

Everything you need to know about RAM, what are they and what are the meanings of the terms associated with them?

The Complete Guide to AMD 3rd Generation Processors, The Ryzen Processors That Changed the Processor Market!

The final specifications for the upcoming DDR5 memory: capacities up to 128GB and data transfer rate of up to 6.4Gbps!

The Complete Guide to AMD 3rd Generation Processors, The Ryzen Processors That Changed the Processor Market!