After much speculation, LG is reportedly in serious discussions to close its smartphone business. The company had considered selling the entire division earlier this year after suffering heavy losses over the past five years. However, as potential deals collapse, the South Korean company may end up shutting down the phones division, rather than waiting for a potential buyer.

Outside of the smartphone industry, LG Electronics is currently thriving in other categories, including home appliances and televisions. Although the company previously enjoyed a strong presence in the phone industry for more than five years, LG’s smartphones have slipped in the sales rankings, lagging behind American, Chinese and even South Korean competitors. In recent years, the company has tried to introduce phones with more creative features and shapes such as foldable and extendable smartphones. However, the experiments did not appear to have been successful, especially since the company had previously spoken of consultations to sell the entire branch.

As reported by South Korean newspaper dongA , LG may shut down the division completely to focus its efforts on other divisions. According to the unnamed reliable source, previous plans to sell the division (which included bickering with German Volkswagen) have failed. Additionally, LG is reported to have also canceled the development of previously announced phone chains. Although previous and current reports have all confirmed LG’s goal in closing the division, the company itself refused to confirm the news. On the number of this, company officials previously stated that the department will continue its operations for the foreseeable future. Of course, with the decline in smartphone sales, LG is ultimately bound to face its problems and solve them. According to the dongA report, we will likely get a clear clearance from LG sometime in early April.

What would happen if LG stopped making phones?

As mentioned earlier, the company has recently been experimenting with the production of strange smartphones, as its latest notable product was the LG Wing, a dual-screen smartphone that rotates on a hinge. The device itself is a good experiment in the field of continuous development of dual-screen smartphones. Unfortunately, it appears to have failed to leave an imprint after its launch. Besides its more adventurous endeavors, LG’s traditional devices have also failed to improve the company’s sales in the smartphone industry. But will the market and consumers miss the company’s phones and experiences? Maybe not.

LG is no longer the only company testing and venturing new forms of smartphones. Two Chinese competitors, Xiaomi and OPPO, recently excelled in their experiments by presenting phones that are the most unusual in terms of shape, whether through patents or prototypes. Not to mention, the industry has already seen innovative devices from Samsung and others, including foldable and extendable smartphones. Even if LG exits the smartphone industry altogether, it’s unlikely that anyone other than its hardware aficionados (myself included) will miss it. If LG’s exit approaches, other competitors will likely fill the void left by the South Korean company, allowing it to shift its focus to its other industries. 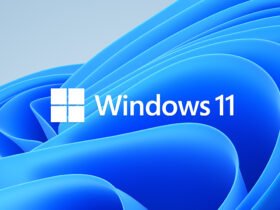 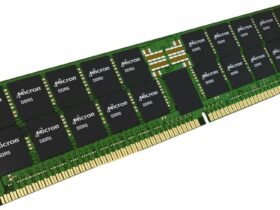